Why Raise The Debt Ceiling?

After being unemployed for the past two years as a direct result of the actions and decisions of America’s ruler, Barak Hussein Obama, I finally got some work. That’s why I haven’t been writing for a couple of weeks. (It’s easier to write steadily on a blog when you don’t have a job to go to.) Sometimes, however, something comes up that makes you forget about the weird hours you are working and how tired you are after spending your day working in the sun. It makes you stop and pay attention when you hear something on the radio that will effect your life and the lives of your family, your children, your grand children and maybe even their grand children. It makes you angry when the people you hired to do a job have turned against your best interests to serve their own interests. Let’s get into details… 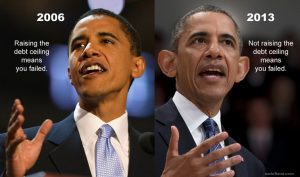 With a debt ceiling of 14 trillion, he wants to make it 16 trillion

I, and millions of others, voted for conservative Congressmen and Senators and sent them to Washington to do a job. Their job was to stop the outrageous spending and bring some fiscal sense and responsibility back to the government of our country. Many freshman Congressmen and women were elected on a platform of cutting taxes, cutting spending and smaller government. Some of them are working hard toward that goal… others are fraternizing with the enemy, thinking they need to go along to get along. 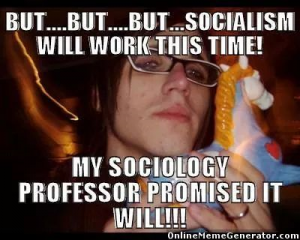 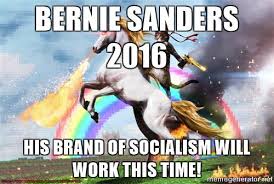 Some are running scared of the liberals in the congress and senate. They are afraid that if the United States has our credit rating lowered, the blame will go to the Republicans for causing the downgrade. They are afraid they won’t get re-elected if that happens. (Democrats and their minions in the media will certainly try to blame them)

If they fold and capitulate, fail to hold the line against this socialist administration, fail to do what we, the people, elected them to do, they will not be re-elected by the people who voted for them in 2010. 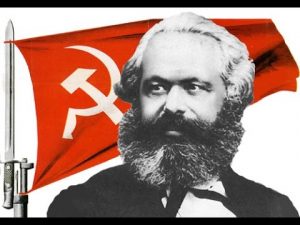 The blame, in truth, falls squarely on the shoulders of the man who wanted to “fundamentally change America”. He has been successful in his goal. Unprecedented unemployment, aggressive and progressive tax hikes (as recommended in “The Communist Manifesto”), seizure of banks and industries, proclaiming that the free market, the market that made America the greatest nation in the world, is the enemy, is definitely a fundamental changing of America. For the first time, America’s credit rating has been downgraded.

The people who create jobs are demonized, while the people who don’t really want jobs are given a free ride. While 50% of Americans now pay no taxes, those who make 200K or more per year are demonized and labelled as “Millionaires and Billionaires” and have to carry the entire tax burden. (My daughter’s business grossed a little over 300K last year, but that supports her immediate family and the families of her employees. She and her husband are nowhere near being millionaires)

So Obama and the Democrats want to raise the debt ceiling by another two trillion dollars. Why?

Just looking back over the past couple of years, the reason is obvious… it is solely for the purpose of digging America deeper into debt and “fundamentally changing” America. The deeper in debt he can put  America, the weaker he makes America in the world. He has said in the past that there is nothing special about America and that America has been arrogant. I believe that anyone who wants to be the President of the United States of America should at least LIKE America. He should also have, at least a small idea about economics. No one has ever  borrowed and spent their way out of debt. He wants to raise the debt ceiling so he can borrow more and continue to spend, and the more he spends, the more burden is placed on future generations. The debt will never be paid off in ANY of our lifetimes. 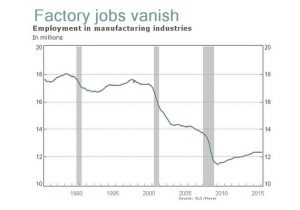 When the leadership of this country has no desire, whatsoever, to pay off the national debt, when all income to the government goes to more spending instead of balancing the budget, when all they want to do is borrow more and use the money to buy votes, then it is time to get rid of those leaders. Thomas Jefferson said that there should be a  revolution at least every twenty years or so to keep government from becoming too powerful and corrupt. I say the revolution is long passed due. I’m not talking about grabbing guns and torches and pitchforks and heading for Washington. I’m talking about a revolution at the ballot box in 2012. Check the voting record of your Congressmen and Senators before you go to the polls. (Do a Google search. Enter the person’s name plus the words “voting record”) If your Congressman or Senator voted to raise your taxes, voted to put America deeper into debt, voted for special interests instead of the voter’s interest, VOTE THEM OUT!