The Illegal Invasion Of America

The shoe is on the other foot and the Mexicans from Sonora don’t like it. Can you believe the nerve of these people? It’s almost funny. 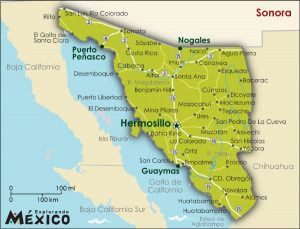 State of Sonora is angry at Influx of Mexicans into Mexico. Nine state legislators from the Mexican state of Sonora traveled to Tucson to complain about Arizona ‘s new employer crackdown on illegals from Mexico . It seems that many Mexican illegals are now returning to their hometowns and the officials in the Sonora state government are ticked off about it. A delegation of nine state legislators from Sonora was in Tucson on Tuesday to say Arizona’s new employer sanctions law will have a devastating effect on the Mexican state.

At a news conference, the legislators said Sonora – Arizona’s southern neighbor, made up of mostly small towns – cannot handle the demand for housing, jobs and schools it will face as illegal Mexican workers here return to their hometowns without jobs or money. The law, which took effect Jan.1, punishes employers who knowingly hire individuals who don’t have valid legal documents to work in the United States. Penalties include suspension of, or loss of, their business license. The Mexican legislators are angry because their own citizens are returning to their hometowns, placing a burden on their state government.

‘How can they pass a law like this?’ asked Mexican Rep. Leticia Amparano-Gamez, who represents Nogales . ‘There is not one person living in Sonora who does not have a friend or relative working in Arizona ,’ she said, speaking only in Spanish. ‘Mexico is not prepared for this, for the tremendous problems it will face as more and more Mexicans working in Arizona and sending money to their families return to hometowns in Sonora without jobs,’ she said. ‘We are one family, socially and economically,’ she said of the people of Sonora and Arizona.

The above came from Newsmax. I wanted to make sure this was true so I checked the newspapers in Tucson, and found the following article in the Tucson Citizen Newspaper. (J. Cooke)

Read to the bottom or you will miss the message…
1. There will be no special bilingual programs in the schools.
2. All ballots will be in this nation’s language.
3.. All government business will be conducted in our language.
4. Non-residents will NOT have the right to vote no matter how long they are here.
5. Non-citizens will NEVER be able to hold political office
6 Foreigners will not be a burden to the taxpayers.. No welfare, no food stamps, no health care, or other government assistance programs. Any burden will be deported.
7. Foreigners can invest in this country, but it must be an amount at least equal to 40,000 times the daily minimum wage.
8. If foreigners come here and buy land… options will be restricted. Certain parcels including waterfront property are reserved for citizens naturally born into this country.
9.. Foreigners may have no protests; no demonstrations, no waving of a foreign flag, no political organizing, no bad-mouthing our president or his policies. These will lead to deportation.
10. If you do come to this country illegally, you will be actively hunted &, when caught, sent to jail until your deportation can be arranged. All assets will be taken from you.

The above laws are current immigration laws of MEXICO !!!

These sound fine to me, NOW, how can we get these laws to be America ‘s immigration laws?? 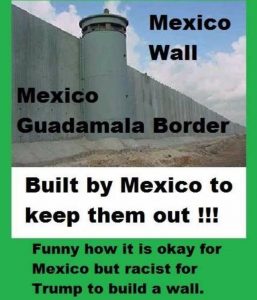 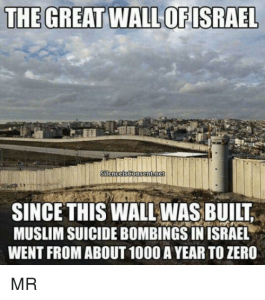 WAKE UP, AMERICA –
we are losing our country………

3 Responses to The Illegal Invasion Of America