Are Republicans More Patriotic Than Democrats?

Let’s start with the words, “Republican” and “Democrat”. The founding fathers of this representative republic saw democracy as the worst evil that could befall a free country.

Republicans are good of the republic.

Democrats are for democracy, which is mob rule.

Democracy is described as two wolves and a sheep voting on what to eat for supper.

Republicans believe in the Constitution of the United States, which is the basis for our laws. A country without laws would fall quickly. Democrats believe that laws should be flexible, that we should just kind of ignore the laws we don’t like. Your beloved ruler, Barry O. ignores a LOT of our laws and makes up several of his own laws, even though our U.S. Constitution does not allow him that power. 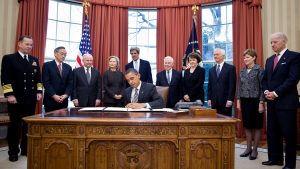 The liberal Supreme court also makes up new laws even though the US Constitution does not allow them that power either.

Constitutionally, our federal government is WAY bigger than it should be, but has been grown large in order to pander to special interest groups and organized crime, (labor unions).

Example: The Department of Education. Totally worthless but set up to make money for teacher union crime bosses. The states are supposed to be in charge of their own education systems, as it used to be. Now, to stroke union bosses, there is a National, and totally useless, Department of Education. We, the citizens of each city, county and state, are charged a school tax. The school tax is collected and sent to Washington to the Department of Education. The money filters around there, the labor bosses get their cut, Then SOME of the money is sent back to the states to support their schools. No sense in that and no constitutional basis for it, but it keeps the union bosses rich and ensures that they will deliver votes to Democrat candidates.

(How many of you are aware that classes are being held in mobile trailors instead of brick and mortar classrooms?) 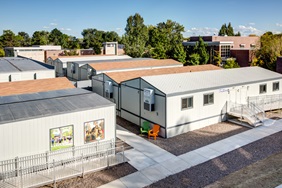 Add in the Department of Energy, The Air Marshal Service, The Commerce Department, The Interagency Trade Enforcement Center, The U.S. Department of Agriculture, The Securities Exchange Commission, U.S. Election Assistance Commission, Affirmative Civil Enforcement “ACE”, HUD and so many more that I don’t want to waste time and space here. These are all completely superfluous agencies whose functions are either redundant, unnecessary or can be done much more efficiently at the state level.

I have heard charges of conservative “name calling”, but that is the primary tool of the left. Whenever a liberal is confronted with cold hard facts or logic, theystart screaming senseless words they have had drilled into them by the liberal media. 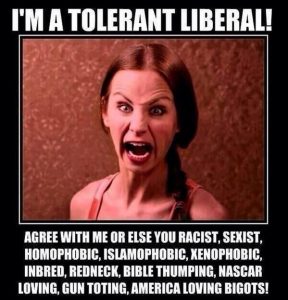 “FASCIST!”,”NAZI!”, and their favorite, “RACIST!” (Printed in all capitals becausethese words must always screamed by the rabid left) , I believe the worst name I have heard a conservative call anyone is “liberal” or maybe “Democrat.” Show me examples of conservatives calling names anywhere NEAR the names liberals call conservatives. Please, if you are going to accuse, show me FACTS, not opinions. I realize the concept of facts is pretty foreign to most liberals, but give it a try.

Back to the original unsupported charges concerning patriotism…

1.a person who loves, supports, and defends his or her country and its interests with devotion.

2.a person who regards himself or herself as a defender, especially of individual rights, against presumed interference by the federal government.

Patriots (also known as American Whigs, Revolutionaries, Congress-Men or Rebels) is a name often used to describe the colonists of the British Thirteen United Colonies who rebelled against British control during the American Revolution. It was their leading figures who, in July 1776, declared the United States of America an independent nation. Their rebellion was based on the political philosophy of republicanism, as expressed by pamphleteers, such as Thomas Jefferson, Alexander Hamilton, and Thomas Paine. 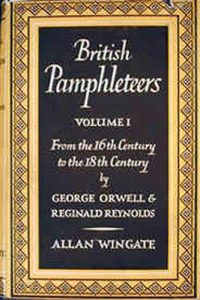 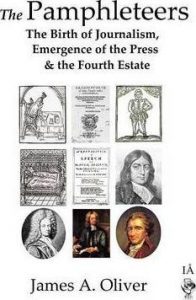 As a group, Patriots represented an array of social, economic, ethnic and racial backgrounds. They included college students like Alexander Hamilton; planters like Thomas Jefferson; merchants like Alexander McDougall; lawyers like John Adams; and plain farmers like Daniel Shays and Joseph Plumb Martin. They are also the ones who conducted the Boston Tea Party, who oppose oppressive taxation without representation. Our modern patriotic Tea Party Members are also fighting against oppressive taxation without representation, since our representatives are more committed to representing special interests and Union members than they are about representing We, The People.

Liberal Democrats, however, are all for oppressive taxation, as it gives them more money with which to buy the votes of Unions. It also supports the worship of Obama as “Sort of a god”

My conclusion is, YES! Conservatives and TEA Party members ARE more patriotic than liberal Democrats. There is a lot more I could say here, but I welcome any LOGICAL and non-hysteric, name calling responses or criticisms to what I have said here.

This entry was posted in Politics, Rants. Bookmark the permalink.