Changing The Face Of Paradise 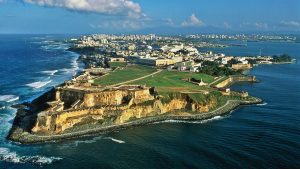 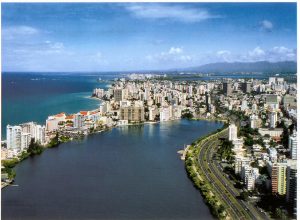 Consider Isla Borinquena, which means: “the great land of the valiant and noble Lord” or “land of the great lords”. Quite a name for an island only a hundred miles long and forty miles wide in the middle of the Caribbean. This was a happy place where the native Taino Indians spent their days playing, lounging in hammocks in the heat of the day and living off the fruits of the land and the bounty of the sea. That all changed on November 19, 1493 when a Spaniard named Cristobol Colon, known later as Christopher Columbus found the island in all it’s bounty and went home to tell Queen Isabella. Fifteen years later in 1508 a navy man, Juan Ponce De Leon was given the order to take the island by whatever force necessary for the Spanish Crown. It took seven long and bloody years to conquer, destroy and enslave the Taino Indians and forever change the face of this island paradise. 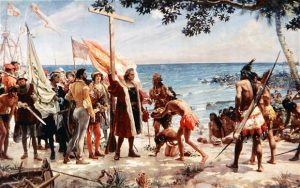 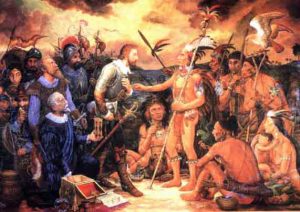 As European settlers came, building large plantations for sugar, coffee and tobacco, the native Indians were not enough and more slaves were brought from Africa to do the work. In later years the natives tried repeatedly to eliminate the “Spanish Infestation” from their land, but against guns, horses and lances they had no hope. Most were killed and many died from disease, but many of the women became “brides” to the sailors who had brought no women with them. They helped to repopulate the interior of the island. 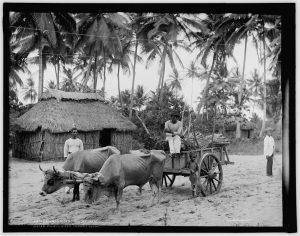 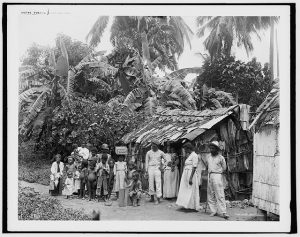 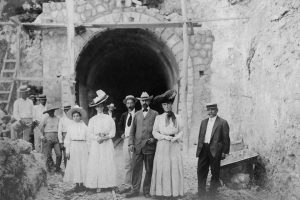 The Spanish American war and the Treaty of Paris ended Spain’s rule over the island and Puerto Rico became a part of the United States. Still a free and independent nation, Puerto Rican people are considered to be Americans by birth. Throughout the ensuing years, the population of Puerto Rico, descendants of Spanish aristocrats, Native Indians and African slaves has been mostly poor farmers working the mountainous areas in coffee, tobacco and assorted vegetables. The lower, flatter plains have been mostly worked in sugar cane on large plantations. As the century progressed, more manufacturing came to the Island, but in 1940, 59% of the exports were still agricultural and 90% of that was sugar. 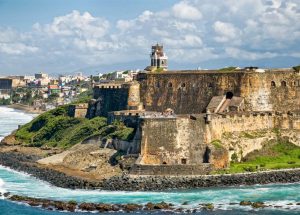 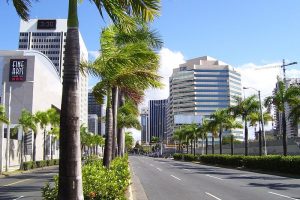 (An eclectic mixture of centuries old architecture with modern towers)

Today, Puerto Rico is a thriving industrial nation, rich in technology. A land which was almost all agricultural in the beginning now has over 98% of it’s GDP in manufacturing, finance, service, transportation and more. Agriculture now makes up only 0.5% of the GDP .Above all, Puerto Rico has become a hot tourist spot due to the beautiful beaches, turquoise waters lush jungles and tropical climate. 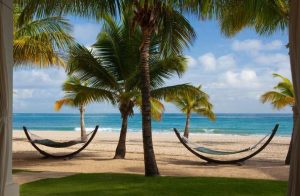 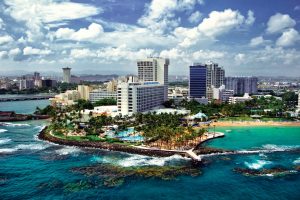 This entry was posted in Travel. Bookmark the permalink.

1 Response to Changing The Face Of Paradise