The children are confused and some are wondering about the teachings they have received in their homes and churches.
Liberals who control the schools want to teach the children that being gay is
normal so they can be accepted as normal. Note that they are not
telling these prepubescent children what “gay” means, they are
just telling them that “gay” is normal and natural and something
to be proud of. I’ve been told all my life that the devil is a liar.

So many in politics and in the media say there is no “gay agenda”. A big part of the gay agenda is teaching kids, too young to be understanding or having sex, that it is wonderful and natural for two men to to sodomize each other or two women to be “married”.

Are the also teaching them how wonderful and natural it is for a straight man and a straight woman to couple, or is homosexuality the only way to go? 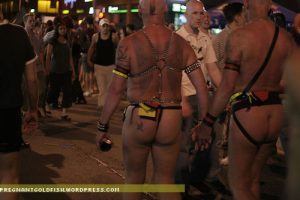 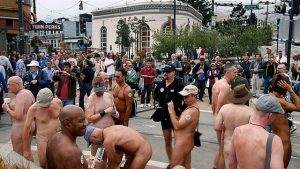 Here’s a bizarre idea, why not let parents tell their kids about sex, based on their family or religious beliefs and leave the government out of the business of teaching second-graders how great it is for Stevie to have a mouthful of Bobby or Hannah to have two mommies.

Meanwhile, the kids are not allowed to say a simple “Merry Christmas” in school because they might offend the child of an Islamic Jihadist or the single parent of a devout atheist. 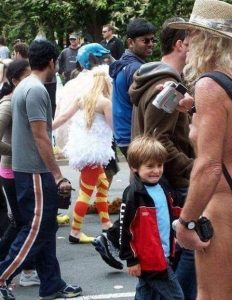 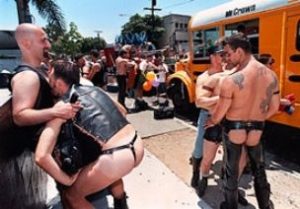 American schools are now a great place to see examples of political correctness gone rampantly wild, bowing and scraping to the gay agenda, atheists, Muslims, illegal aliens and every other group that can call itself a “minority”. That is what America has become, a place where you can’t get an even break unless you can claim some sort of “Minority Status”.

What about me? I’m an American born, straight white Christian man, married and monogamous, proud of my country, respectful of the U.S. Constitution, a life and endowment member of the NRA, American Hunting Club and the Republican National Committee, a 22 year Army veteran between the ages of 35 and 65. I think that makes me a minority too. Can I go to schools and tell children how great it is to be born an American, how proud I am to be a veteran, how wonderful it is to have sex with my wife, how glorious it is to be able to go to the church of my choice and worship God as I believe, how grateful I am to be a licensed gun owner and legally able protect my family, how happy I am that I wasn’t taught these perversions in school by government dictate?

The way they push the agenda is to get impressionable children away from their parents in an enclosed environment like a school, and teach them what their parents are lying to them. If I have young children that I am bringing up in a Christian home, taking them to church and teaching them Christian morals and values that I find to be true, then you have no right to bushwhack them at school and tell them that the things I am teaching them is wrong. They learn from the Bible that a man laying with another man as if he were a woman is called an abomination, (that’s a very bad thing) the same as if he lay with a beast as if it were a woman. You want to secretly teach them that the Bible is wrong because YOU want to considered normal and natural and because democrat politicians will pander to your wishes to get your vote.

I have been taught and have taught my children that you should love the sinner but hate the sin. I firmly believe that. I can love you as a child of God, but hate the sins you commit. No. I am not without sins myself, but there is a difference between sinning and living in sin. I have a duty, an obligation to my family to protect them from evil as best I can. Sending my innocent children into a place where they are trapped and taught that perversion is natural makes me a failure. Why should I be a failure as a father just because you want to be accepted as “normal”? 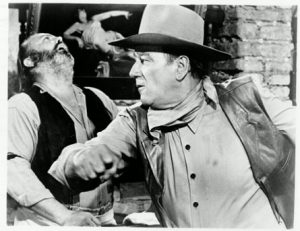 It is sad that being a straight, white, Christian, patriotic, American, male gun owner makes me the worst person in the world.

This entry was posted in Life, Politics. Bookmark the permalink.