“This day will the Lord deliver thee into mine hand; and I will smite thee, and take thine head from thee; and I will give the carcasses of the host of the Philistines this day unto the fowls of the air, and to the wild beasts of the earth; that all the Earth may know that there is a God in Israel.”
– 1 Samuel 17:46 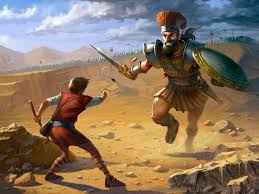 The stories of King David of the old testament are usually taught to children starting with the story of his defeating Goliath of Gath. It teaches them that size is not important when you have God on you side. A bit of the story is sometimes left out, like the grizzley removal of Goliath’s head (I never heard the whole story until I was much older). As in the passage above, David told Goliath straight up, “I’m going to kill you, I’m going to cut your head off, and I’m going to leave your rotting carcass out here on the battle field for the birds and the beasts to eat.” and furthermore, he would do these things just to let everyone know that God is with Israel. Goliath didn’t believe him and run away, so the rest is history. 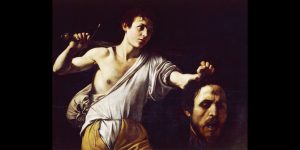 I remember as a child, the story of a young David, while tending his father’s sheep, killed a lion with just a stick to protect a single lamb.
David was also a musician of the highest order, and his harp playing brought him great renown and great favor with the king. He is known as the primary writer of the book of Psalms and the word “Psalms” actually means “a song to the harp”. Several verses in the book end with the word “Selah” which actually means “a crashing of the cymbals”. The original Psalms, if heard from the original artist, would not be quotes and poetry, but a musical arrangement; a concert, if you will. 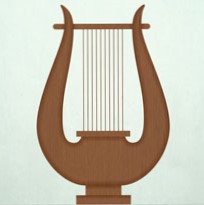 later stories of his life, I didn’t hear until I was a bit older, like his love affair with a married woman named Bathsheba. It started out as a little “Peeping Tom” episode while she was bathing, which later turned into a fling. She became pregnant so David planned to kill her husband, Uriah. He wouldn’t actually kill Uriah himself, but he did send him off to war, so that the enemy would kill him. 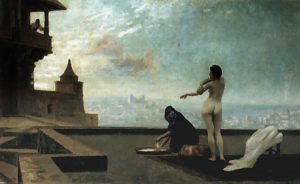 Not the best example to set for future generations, but the remorse and repentance afterward is the story there. They did get married, but the baby died. Her next child, however, became the most famous kings of the Old Testament, Solomon. 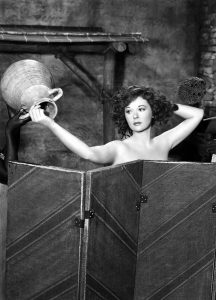