I was going through one of the social network sites yesterday and saw this strange comment:

“There are countless demented Republicans still trying to outlaw sex.”

I just had to reply to such a strange comment.

“I don’t know of any of my fellow Republicans that want to outlaw sex. Have you been getting all your information from Move On dot Org and the daily Kook? Careful… that’ll rot your brain and turn you into a liber… Oops! Too late!”

“Oh brother, come on.. Stand back and look at all the different groups lined up under that Republican banner.”

“Are you talking about the lunatics that nobody claims? Like the God Hates Fags church and the Koo Koo Klucks? Nobody claims them so the democrats claim that WE own them to make us look bad. The KKK was started by and is populated with democrats, it has been from the beginning. And the Westboro church full of inbred welfare bums will be voting democrat next election just like the elections before. (They want to keep their entitlements coming so they have time to run around protesting soldier funerals and screaming about their knowledge of what God thinks). They may be lined up under the Republican banner, not because WE accept them but because YOU put them there with the help of the media. They will still be voting for your team, no matter where you place them. 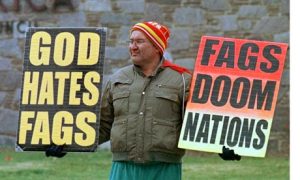 “Look, I’m thinking you have the sides mixed up. I am the good valiant highly principled underdog good guy, a democrat fighting for human rights, a humanitarian, egalitarian, modern liberal strong man with a broad back, Fighting back against you, who is representing Corporate Libertarian  Globalists, anti social anti humanists, whose apparent goals are a country grossly divided between the fabulously wealthy and the grinding poor, and are allied with religious fundamentalists etc. of various types to gain voting numbers. I don’t recall ever mentioning the KKK or Westboro or the Nazi Party. I was not thinking of them. Sorry you thought I did.
I made a comment about many Republicans trying to ‘outlaw’ sex. Maybe they just believe in misery?

It would have been more correct to say, many people with anti sexual views happen to be Republicans, more so than Democrats. And these anti sexual Republicans are pushing abstinence and other  stifling ideas on the kids through the schools. While at the same time trying to outlaw abortion. While ending social programs to help  lower income families with children. While keeping a national policy,  of the banks, of constant high unemployment, and lowest possible  wages and benefits for the working class.
Misery, right?

BTW, just to cause more confusion, I am a registered Republican,  voted for Nixon, and never wavered.”

That definitely required an answer…

So… how young do you want the kids to start having sex , making babies and spreading STDs? I don’t know anyone who is anti-sex, but  most people I know are FOR responsible sex between adults and  preferably married.  (Maybe you mean anti-promiscuous? I would agree with that) The more you say it’s all O.K., the more of those unwed welfare babies we’ll get. More uneducated teenagers dropping out of school to take care of their babies and becoming a burden on society. Is that what you are promoting? If you’re not talking about the groups I mentioned, then what groups are you talking about? What is a Corporate Libertarian Globalist? Something made up by move on dot org or the daily kook? Is that something you can find in the phone book or just something you pulled out of your back side?

PS: We’re not anti-human or anti-social but we are anti-socialist and  I, personally am anti-entitlement. In order for the government to give all that money out to social welfare programs to keep the welfare bums voting democrat, they have to forcefully take it from productive Americans. Are you telling me that these parasites are entitled to what YOU earn and worked for? In the past, families,  friends and community would pitch in, in a charitable way to help those in need. Now them government forces you to give, through oppressive taxation, so there is no charity in the giving. Even after being heavily taxed, Republicans still give more to charity than democrats do. I have been unemployed since September 2009 and still gave over 6K to charity in 2010. (No, I don’t collect welfare, food stamps, unemployment checks or any other entitlement)

How much did multi-millionaire democrat Nancy Pelosi and her cronies give? Or Barak Obama, or Geitner, or Frank, or any of dozens of other democrat millionaire politicians? Proportionally, not even half of what I gave. Democrats are the “nice” party that “gives” to the poor, but they are only charitable with other people’s money, which they tax from people who earned it to give to those who didn’t earn it. Big Brother Government becomes the savior of the parasites and the parasites keep voting democrat to keep it coming. 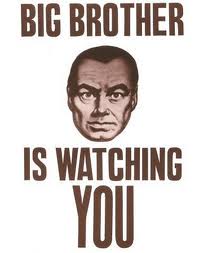 As screwed up as America may have become with oppressive taxation and entitlements, it is still far superior to any socialist regime on the planet.”

So far he hasn’t responded to that, but I can’t wait to see if he does.

This entry was posted in Politics, Rants. Bookmark the permalink.